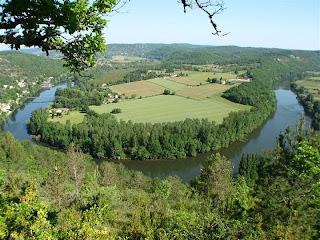 I recently got back from Cahors, France, where I was covering the International Malbec Days Festival. Cahors is a beautiful little town situated in the Southwest region of France on the meandering Lot river, and the Malbec Days event more-or-less overwhelmed it totally, bringing in about 150 journalists, buyers, and wine industry folk from half a dozen countries.

Before I left for Cahors, I had a telephone conversation with a friend of mine who is in the wine sales business in Virginia, and who recently achieved his Diploma in Wine & Spirits from the Wine & Spirits Education Trust in England. His warning about Cahors: “be careful – there are some bretty wines comin’ out of there.”

By bretty, he meant, of course, wines that were affected by the Brettanomyces yeast. Once brett is in a winery, it’s notoriously difficult to remove. Variants of brett are responsible for a wide range of aromas in wine, usually qualified as “mousy” and many of them considered undesirable. These aromas can range from hints of smoked meats (think bacon) to manure (think barnyard) to synthetics (think band-aids).

Was my buddy right about Cahors wines being bretty? Sort of.

About a third of the wines that I encountered in Cahors were, in fact, too bretty for my tastes. I found myself being dubbed the “brett master” by my colleagues during the trip, since my threshold for detecting brett seemed to be lower than theirs (I blame having a big nose).

Unlike other chemical reactions that occur during winemaking (fermentation with cultured yeasts, or induced malolactic fermentation, for example), brett is not controlled (at least, not yet). Therefore, it’s being increasingly considered a fault rather than a characteristic that adds complexity to a wine. I’m about 2/3 into the “fault” camp: I actually like a teenie-tiny touch of brett that adds a little bacon “funk” to Syrah, but I cannot stand a heady barnyard or band-aid smell in my wines.

Whether you agree or not is, of course, up to you, but you’d better get to know some bretty wines before you casually dismiss brett as a fault or decide it’s a desirable side-effect of the unique yeast profile of a given vineyard.

If you’re looking for examples to sample, I can give you the names of some Cahors wines to start with…