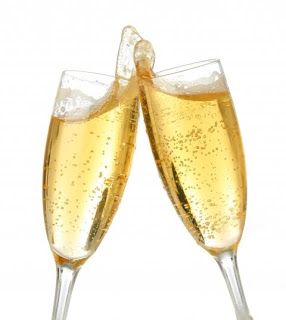 The issue back in April was that Teague and McInerney launched their rotating wine columns by highlighting expensive fine wines – something that the more budget-minded Brecher and Gaiter seldom did. Initial reader reactions to the change in focus were mixed, with a bit more of the negative getting media coverage than positive.

The pendulum may be swinging back the other way, at least a bit, if WSJ’s video series is any indication. In mid-May, WSJ video featured a dining table chat between Teague and McInerney in which they sample sparkling wines under $30 (embedded below). Champagne isn’t tasted in the video, but it’s a strong invisible character in the narrative, as both columnists reference it more than once (mostly to state that the wines they sample in the video don’t compare favorably to true Champagne).

What is sampled are selections of Prosecco and Cava, from Italy’s Vento region and Spain’s Barcelona area, respectively. Both are perennial favorites of bargain-hunters everywhere when seeking “everyday” sparkling wines (this author included). What’s for sure is that Prosecco and Cava almost never command the kind of prices that you would pay for event a modest Champagne.

Some of the comments from Teague and McInerney suggest that they are still firmly entrenched in the land of expensive vino, but I think they deserve some kudos for providing a bit of balance in their wine coverage and giving additional exposure to some of the under-the-radar (and cheaper!) sparkling alternatives.