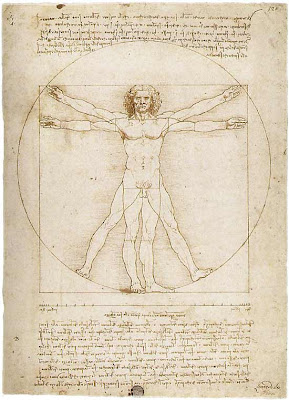 I was at dinner the other night and was drinking a bottle of 2003 Cesari Single Vineyard Amarone della Valpolicella (after an hour in glass it turned into liquid dark chocolate. Killer stuff, but that’s not important right now) and I offered one of my friends (who was drinking a cheap Chianti at the other end of the table) a glass. His response didn’t exactly baffle me, I’ve seen this happen plenty of times before, but it did leave me thinking. He refused a taste saying something like, ‘Oh I don’t know anything about wine, don’t waste it on me.” Like I said, this isn’t the first time I’ve seen this attitude and it honestly doesn’t sit well with me. I’m hard pressed to think of another facet of human culture in which people refuse to have an opinion due to lack of knowledge (though in some cases it wouldn’t be a terrible idea).

There’s no denying that wine is a complex and intimidating subject matter. In a lot of ways though, that’s what makes wine so intoxicating (no pun intended). It has a complexity beyond flavors and smells; for those who have this passion, wine making is an art form. Really, one could make the argument that wine is the greatest cultural achievement in the history of mankind.
Ok, that was a little hyperbolical, I’ll reel it back a bit. But actually think about it. Is that really such a  preposterous statement? I’ve always said that wine is the perfect balance of artwork and science. And if we can accept the two highest realms of cultural achievement are scientific and artistic, then wine finds itself in rarified air. Really there isn’t much else that can make that claim; maybe Italian sports cars, or architecture, or Da Vinci’s anatomical sketches, but that’s kinda it…
What does that have to do with my friend not wanting a glass of Amarone? The simple fact that, regardless of whether or not you agree or disagree with that previous paragraph, wine is something great and those who are curious about it are being dissuaded from testing the waters. It seems as though we in the wine community have purposefully and selfishly discouraged those not in the club from learning and discussing wine. Should The Godfather only be shown to film school grads? The Beatles only available to professional guitarists? Maybe The Godfather has shots that can only be appreciated by directors, and The Beatles have harmonies only Mozartian savants can catch; but does that make them less enjoyable for me, a tone-deaf moron who loves Tom Cruise movies? Simply no. By promoting the idea that those who don’t know anything about wine are somehow unworthy, we deny them the chance to experience something great.
In the end, as I step down from my soap box, do I think my ramblings will change anything? Certainly not, but maybe it’s something to think about. And Maybe it’s not the attitude of my wine illiterate friend that shouldn’t sit well, it’s my own.
Until next time, live life well.
Zatara

Righteous Riesling Renaissance NOT from Right Next Door