Righteous Riesling Renaissance NOT from Right Next Door 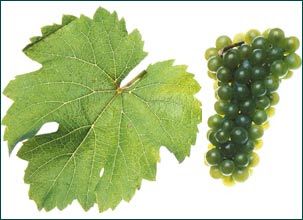 I’m a freak over Riesling. I drink enough of it that my wife frequently imposes moratoriums on the pairing of Riesling with dinner, so that she can get a break from it at least once in a while. When I published my first “most interesting wines of the year” roundup, a sparkling German Riesling won the #1 slot. It’s a hard-core kind of love that we have, me and Riesling.

You might expect that from someone who has traveled to Riesling wine country in Alsace, Germany and the Finger Lakes, right?

What you might not expect is where I’ve been finding some of my new favorite Rieslings. It ain’t right next store.

It’s down under. Or, as they say down under, “deoahwn undahhh.”

But it’s not the Clare or Eden valleys that are blowing my Riesling mind right now. It’s the vast and varied expanse of Australia’s Great Southern region.

Great Southern is big, even by down under standards, stretching well over 100 miles of Aussie coast land, and contains a relatively large (again, by Aussie standards) variation in soil types, aspect/elevations, and climate conditions. All of that means that pinning down a “signature” wine variety or style from the region is nearly a lost cause, and Shiraz, Cabernet Sauvignon, Chardonnay, and Pinot Noir are all grown there.

But it’s the Riesling from the area that is starting to float my taste buds’ boat. The wines I’ve tasted from the region are expressive, clean, focused, intense, and capable of long aging thanks to a great backbone of lively acidity. It’s as though an approachable Riesling born and raised in New York’s Finger Lakes met a lovely Mosel honey of a Riesling and they decided to elope and look for their fortunes in the great expanse of Australia. One thing led to another, and their bouncing baby girl is the Great Southern Riesling and she posses some of the best qualities of mom and dad.

And she’s a mighty lookah of a sheila, tah boot! Well worth a look if you think you’ve seen, heard, and tasted it all when it comes to Riesling. Good on ya!

How Subjective is Suggestion?