The Right Bank: The Middle Child and The Anthropomorphization of Global Wines 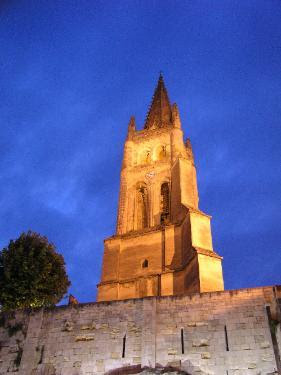 In France, all the major red wine regions have a bit of a reputation and personality. The Left Bank is the eldest child, Burgundy is the youngest, the baby, and Rhone is that weird cousin that the rest of the family doesn’t really talk about. In our little family, Right Bank Bordeaux would be the middle child; a little undervalued, always in the shadow if its older sibling, never quite as loved as its younger one. I mean sure there’s Petrus, but for the most part St. Emilion and Pomeral are afterthoughts in the French hierarchy, much less the global one. But if you want the truth?…I like right bank wines the best. Anywhere. Period. And combined with their relative affordability, it’s a win-win. It’s got finesse but power, fruit but restraint. There, to me, is a lot more variance between the wines of this region than in any other. Said another way, you can have 3 bottles of $25 St. Emilion Grand Crus and they’ll all have unique flavors and personalities; I really don’t think you can say that about the wines from St. Julien, or Paulliac, or Graves, or even Napa Cabernet or Australian Shiraz. It’s really hard for me to verbalize my affection for the Right Bank. I think it’s the best wine in the world, despite what many others may say, I’m proud when it gets its proper recognition; but at the same time I’m like, “hey wait a minute, you guys don’t really like Right Bank wines. You’re all fair-weather-fans (Get it? No? See a wine’s quality is determined by…never mind, moving on). Go away, it’s mine.” Irrational? Sure. Immature? Maybe. Do I care? Not even a little bit, and, in fact, I refer you to my previous statement of go away.

The basic profile of the right bank is as follows. Most wines contain Merlot and Cabernet Franc blends. Occasionally you’ll find 100% of either, but for the most part you’re looking at 75% Merlot and 25% Cab Franc across the board (plus or minus 15% depending on the vintage). Merlot tends to be dark, inky purple in color and has bright, vibrant fruit, which ranges from blackberries to coconut. It has excitable tannins and normally lasts about 10 or 15 years before going downhill. Cabernet Franc tends to be a little more red in color, and has much more reserved fruit. The most distinct characteristic of Cab Franc is the dirty taste it has. Not to say unclean or unpleasant; but it has the flavor of gravel and dry dirt. This adds backbone, keeps the wine from being overpoweringly fruity, and helps these Merlot wines age much longer than they would otherwise. I’ve had numerous 15+ year old Right Bank wines and the beauty of them is their now softened fruit mixed with the nobility of the Cab Franc. Plus they don’t tend to have that old, rusty, barnyardy characteristic that some people like a lot. I do not.

Another distinct characteristic of the Right Bank is the terroir. Whereas the Left is characterized by its gravels, the Right is defined by its limestone hills. On the tops of those hills you’ll find either sand or clay (for the most part), but its those hills that make the region. Because limestone is porous, it allows for extremely efficient draining of water from the soils so the vines don’t get flooded. Coupled with being on a hill, the combination of limestone and basic gravity makes for rapid and effective draining. In addition, limestone has many many nutrients and minerals readily available. In fact, because these hills are so central to the wine growing on the Right Bank, in Pomeral they name their chateaus according to what hill they’re on. Check out the Pomeral list at a good restaurant one time, a lot of Chateau Blah Blah de Gay, or Clos Whatever Eglise. ‘Gay’ or ‘Eglise’, to name two, are the individual hills that these wineries are on, and they advertise that. Pretty cool if you ask me.

Finally the classification systems. It is completely different than the Left Bank; where they decided in 1855 which wines were the best, St. Emilion has a reclassifies every decade or so (technically the classifications for St. Emilion were in 1954, ’69, ’85, ’96, and ’06). It’s supposed to be every 10 years, but in classic French style they just didn’t really get around to it or they got sued by some of the Chateaus they dropped down, you get the idea. But that’s not really the point; the point is that St. Emilion is willing to change which wines are classified and how highly they are classified; a refreshingly progressive mode of thought in a fairly traditionalist wine culture. The classifications for St. Emilion are: Grand Cru, just basic ‘you follow the rules and you’re pretty good,’ Grand Cru Classe, ‘you follow stricter rules and you’re wine is overall a higher quality,’ and Premier Grand Cru Classe, ‘you follow the strictest production rules and your wine is of the highest standard.’ Of course, Premier GCC is a limited fraternity, but there is also a division within that classification; Premier Grand Cru Classe A and Premier Grand Cru Classe B. There are 2 A’s, Cheval Blanc and Ausone. They do not drop and no B’s will move up. Relatively straight forward I think. But not as straight forward as Pomeral’s classification system. They have none. It’s said that Pomeral thinks that they’re the best appellation in the world, and therefore their worst wine is better than everyone else’s best so there’s no need to be classified. I love it; everything about it.

Normally I’d put up some tasting notes, but I kinda don’t want to, and mostly I procrastinated and don’t have any right bank notes. Oh well. Instead, in an effort to blow off doing real work today, let’s go through some of the more well know wine regions and assign them to celebrities. Sounds fun right? Right. Tweet at me (@zatara_eads) and leave comments because I certainly won’t have everything and there is definitely room for interpretation. In this fantasy world of delusion I’ve created, red wines are men and white wines are women. What are roses, you ask. I have no clue…

Start with the big ones right?

Right Bank Bordeaux- Johnny Depp
Cult following, eccentric, ability to be a lot of things at the same time, not as respected as Connery, and let’s face it…kinda sexy.

Burgundy Red-George Clooney
Super famous, but a little overrated, kind of a one trick pony, even more sexy than the Right Bank.

German Riesling-Natalie Portman
Sweet,
sophisticated, easily approachable, not as popular is they should be.

Champagne-Giselle Bundchen
The queen, the sexiest wine, the best in the world and they know it.

Was I wrong on anything? Obviously I omitted a tons of fun opportunity (is Leo Barolo?). Is this stupid and I have no clue what is going on? Let me know. However, until next time live life well,

Coming next week: stories from wine country, less education, I further my independent research on the actual existence of the Sandman

Bordeaux: Want to Get Ripped-Off? Buy Some 2009 First Growth Bordeaux!

A New Era of Wine Elitism at WSJ?