Bordeaux: Want to Get Ripped-Off? Buy Some 2009 First Growth Bordeaux! 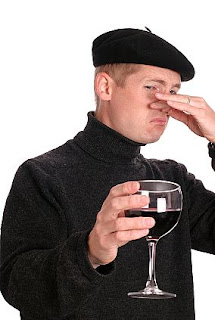 There’s a lot of hype building around the most recent Bordeaux vintage.

What’s interesting about that last sentence is that I could have written it any year over the past few years, during which it seems as though the media covering Bordeaux’s en premier events has declared more “vintages of the decade” in Bordeaux than there have been actual years in the decade.

What the pundits (mostly Bordeaux wine organizations, but now also the general wine media) are saying is that the current vintage in Bordeaux, in terms of weather, has been near-perfect and might be the best in over sixty years. Which can mean only one thing:

The top-tier of Bordeaux wines, which already have exaggerated, stratospheric prices despite also having a fairly large production of cases of wine, will now be priced even more stratospherically. I don’t even want to think how much a bottle of Chateau Petrus 2009 will cost. Or the “garage wines” of the region. Just thinking about it makes my wallet pants pocket shudder.

You might be wondering if some of the 2009 Bordeaux wines will end up being bargains, and I’d wager that will likely be the case – especially considering that when you get past the top tier of Bordeaux wines, the rest of the region makes tons of wine that it can’t even effectively sell, often having to send the juice off for distillation into spirits (for more on that dire situation, I recommend checking out Benjamin Lewin’s excellent book What Price Bordeaux?). So, there may very well be some great Bordeaux Bargains to be had when the 2009s hit the shelves.

But don’t count on buying a case of Lafite or Latour 2009s, unless you’re having them shipped via yacht in gold crates to your own personal island…

Many Unhappy Returns: The Dark Art of Sending Wine Back At A Restaurant

The Right Bank: The Middle Child and The Anthropomorphization of Global Wines