Putting a Cork in It (Cork in the Media) 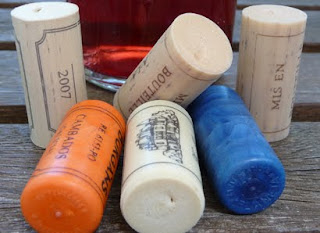 This week, I’m quoted in a featured article in Vineyard & Winery Management Magazine titled “CORK Through the Media’s Eyes: Have wine writers put a cork in their criticism of bark stoppers?”

Now, the quote they used from me in the article is rather short and serves the purpose of contrarian opinion:

Joe Roberts, author of the wine blog “1 Wine Dude,” said he still encounters cork-tainted wines among the samples he receives and at tastings. “It frustrates the hell out of me,” he said. “It’s not rampant, but it’s still a big concern for me.”

Now, like many quotes, this only tells a tiny portion of the background and thinking behind it. I wanted to clear the air a tiny bit, only because I think my experience might be helpful to other wine buyers out there (and no hard feelings whatsoever are intended here with V&WM mag). Here’s the full quote that I’d sent to them when they contacted me:

“Speaking from my personal experience, it [ cork taint ] frustrates the hell out of me. Not just from spoiled wine purchases, but also from wine events that have been partially ruined because of cork taint in one or more of the bottles. It’s not rampant, but it’s still a big concern for me. And it has negative repercussions – if I detect a mild amount of TCA, but you don’t and the impact on you is that you think the wine has muted flavors and aromas, then you’re probably done with that brand name forever. And think about the folks who are sending samples to wine writers, where they’re sending more bottles than needed “just in case” one of the bottles is corked – bad for them, more expensive, and a bigger carbon footprint overall.

I’ve worked for a huge CPG company, and if their big brands had similar spoilage rates as wines with cork closures, there would be a bloodbath of firings in that company. Would you buy peanut butter if there was a 2-6% chance that it might be spoiled or tainted in some way? Yet we put up with this in wine because pulling a cork out is supposed to be sexy? I don’t get it.

I’ve nothing against cork closures per se, but the cork industry needs competition so they can raise their game, especially when it comes to cleaning / sterilization of their products. Hopefully, screwcaps (which my friend Randall Grahm has convinced me do work for long-term storage) can provide that competition.”

The only wine stoppers that I don’t like are synthetic corks – those suck for long-term storage and are difficult to remove. I’m actually routing for cork – but I’d say that cork’s troubled days are far from being over.

Bored With Bordeaux (or “Making Sense of the Bordeaux 2009 Nonsense”)

Looking for something just right?