Bored With Bordeaux (or “Making Sense of the Bordeaux 2009 Nonsense”) 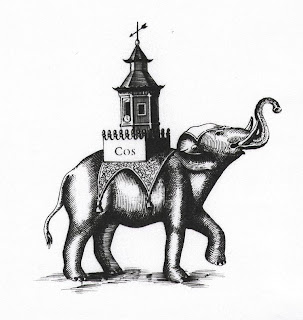 The madness that is the en premier speculation on the quality of the 2009 Bordeaux vintage is now, officially, at fever-pitch.

All due primarily to the fact that the major wine critics have now issued their thoughts on barrel tastings of the various big-boy wines of the Left & Right Banks (check out a great summary of those courtesy of my friend Tyler Colman at DrVino.com), and the results are almost as strange, maddening and bombastic as the hype leading up to the en premier events (and, on occasion, as the wines themselves!).

For many, it’s potentially a once-in-a-lifetime vintage.

For me, the madness is best summarized in the mixed reactions of some of those major critics on key and historically important wines such as Cos d’Estournel. There are, of course, an interesting range of scores for the wine (not unlike in previous vintages), but it’s the descriptions of the ratings that shows the real variety of those critical reactions, and makes for some fun – if confusing – insight into the wine. The Cos d’Estournel summary, from bordeauxindex.com:

Robert Parker: 98-100 – “The 2009 Cos d’Estournel is one of the greatest young wines I have ever tasted … in the world! An extraordinary effort… It will be a legendary claret that should last for 50-60 years.”

Neal Martin: 89–91 – “This is an extremely powerful nose that bears more relationship with the Douro than the Gironde. It is endowed with Leviathan tannins that form a massive, arching structure, moderate acidity, the power seeming to dominate the finish at the expense of a little finesse… one has to question whether stylistically, it has forsaken its identity as quintessential Saint Estephe…”

Jancis Robinson: 16.5+ – “A very exaggerated wine with a bit of a hole in the middle. A definite lack of freshness… To be generous I’m assuming that in the far distant future it may resolve itself but I can’t quite understand why they let the grapes get so ripe.”

I imagine that things will get even more dramatic from here, especially in terms of the prices of these wines, which will very likely put them well out of the realm of any consumers who do not own their own islands. But with this level of hype, and the inconsistency among the various uber-critics, most of us may end up being bored with Bordeaux 2009 before these puppies ever get bottled.

In Defense of The French

Putting a Cork in It (Cork in the Media)