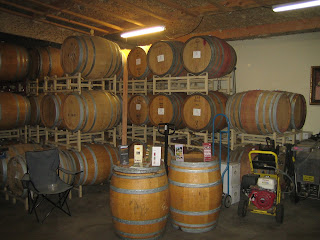 What is Malolactic Fermentation? Basically, malolactic fermentation is a secondary fermentation. It is the process of taking the harsher malic acid in a wine and converting it to a softer lactic acid. Malic acid is the tart acid found in a Granny Smith apple, while lactic acid is the more subtle acid found in milk, butter, cheese and yogurt (and it is the diacetyl derivative of the lactic acid, that shows up as “buttery” in a Chardonnay that has undergone malolactic fermentation). By converting malic acid to lactic acid via Lactobacillus bacteria, you end up with a wine that is more approachable and less abrasive on the palate.

A Sweet Summer Night in Milan by TheEngineer